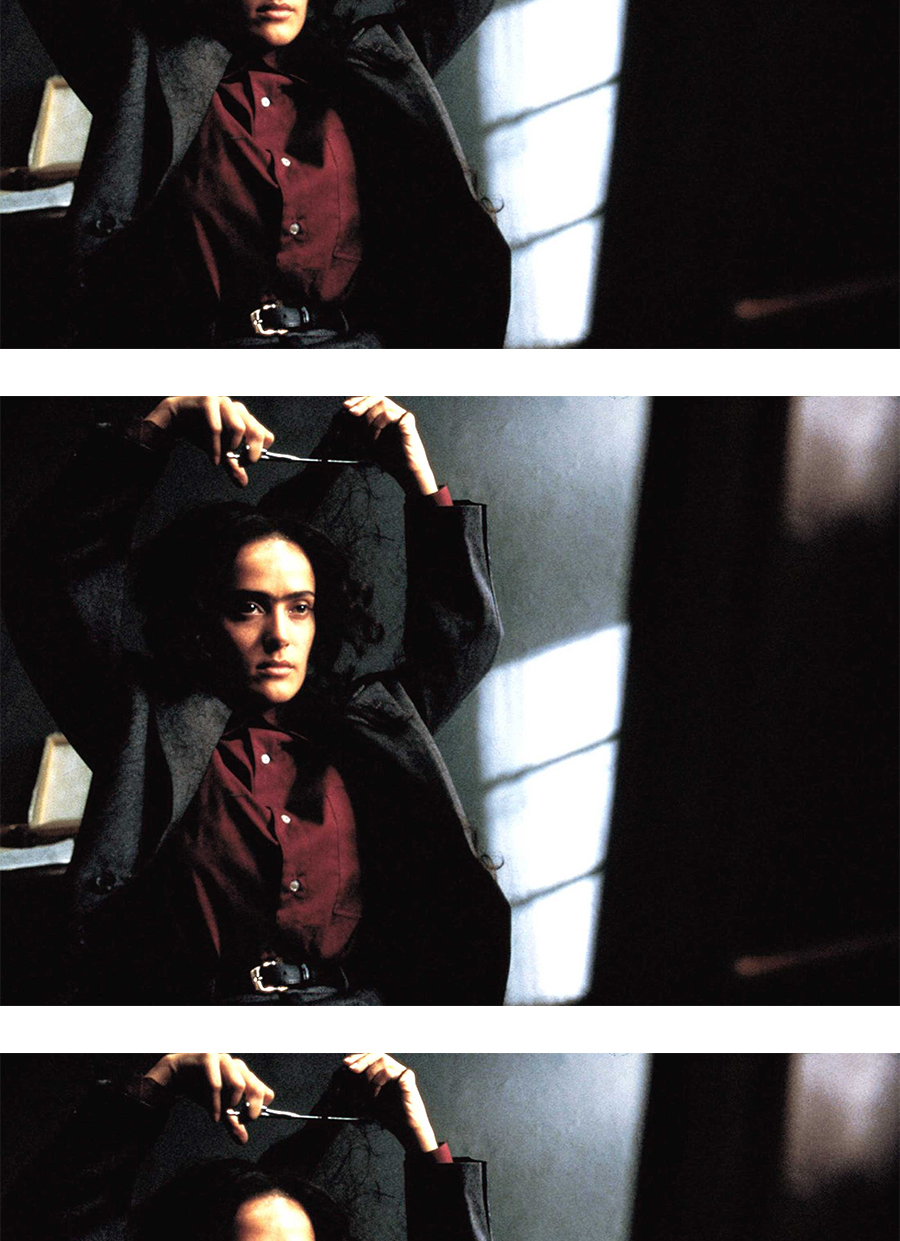 The long and tangled history behind the onscreen “dramatic haircut.”

She looks into the mirror, eyes wild. The music swells as we watch her reach for the scissors. Her jaw tightens, but her gaze remains steady. She makes the first cut, and tendrils fall to the floor in slow motion. Over and over again she cuts and snips and razors off her beautiful locks.

Recognize the scene? Chances are you have seen it in film, watched it on television, and read it in classic novels. The “dramatic haircut” trope refers to a self-inflicted impromptu haircut in response to trauma, heartbreak, or internal shifts in a character’s emotional life. Historically, a woman’s hair is a symbol of femininity. When cut, chaos ensues. 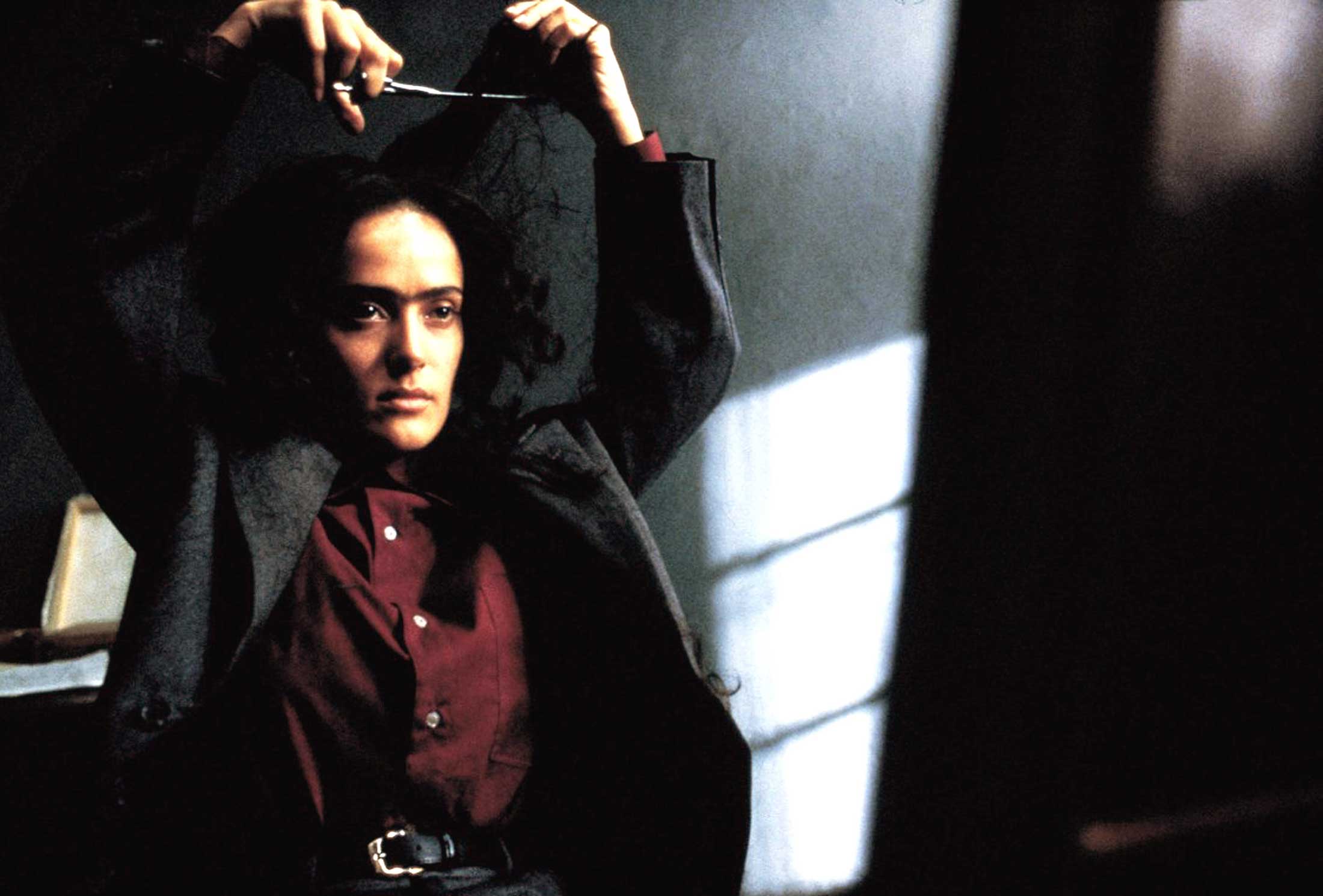 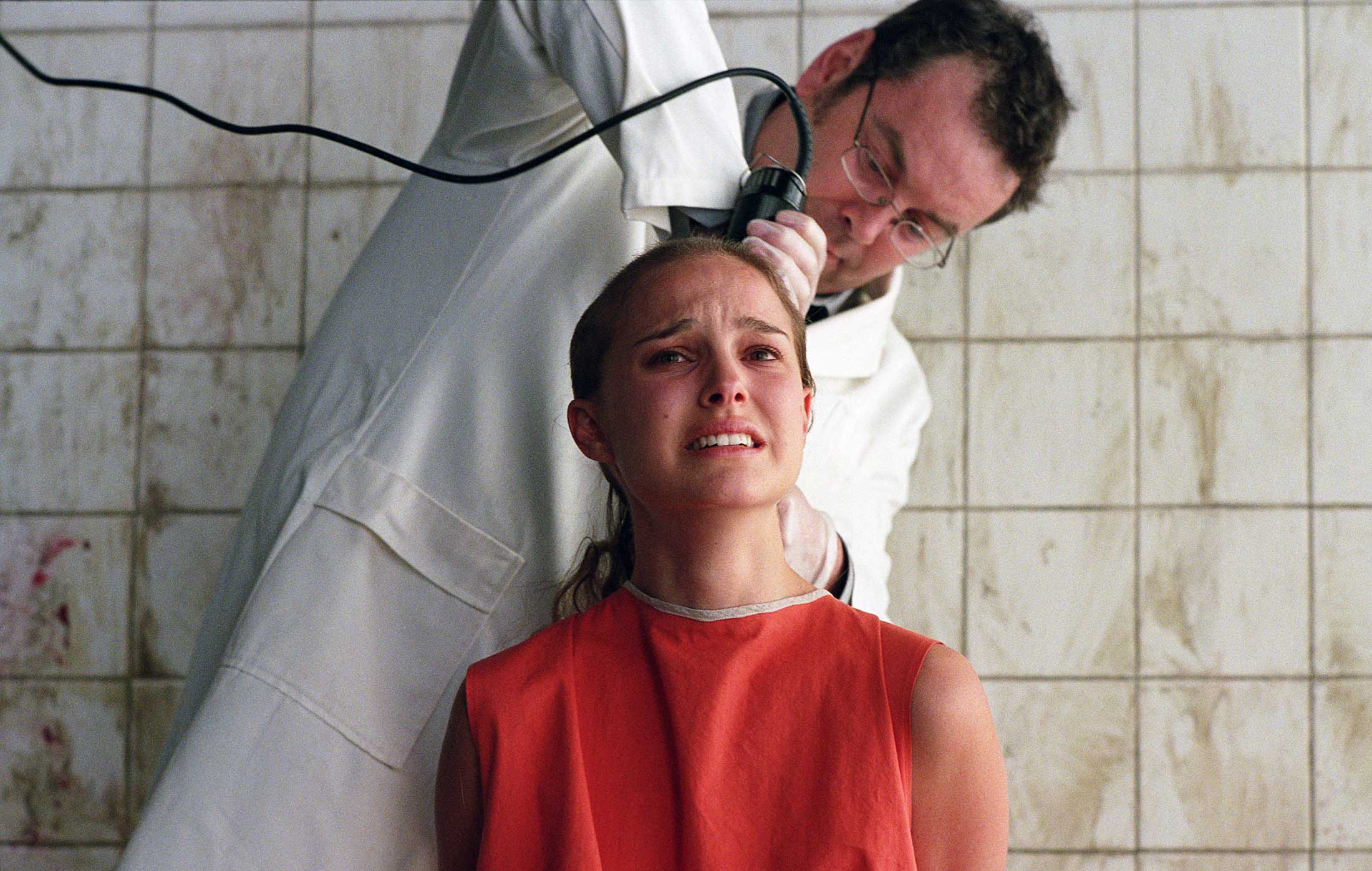 V for Vendetta, PictureLux / The Hollywood Archive / Alamy.
Evey Hammond (Natalie Portman) has her head forcibly shaved in the 2005 film, V for Vendetta 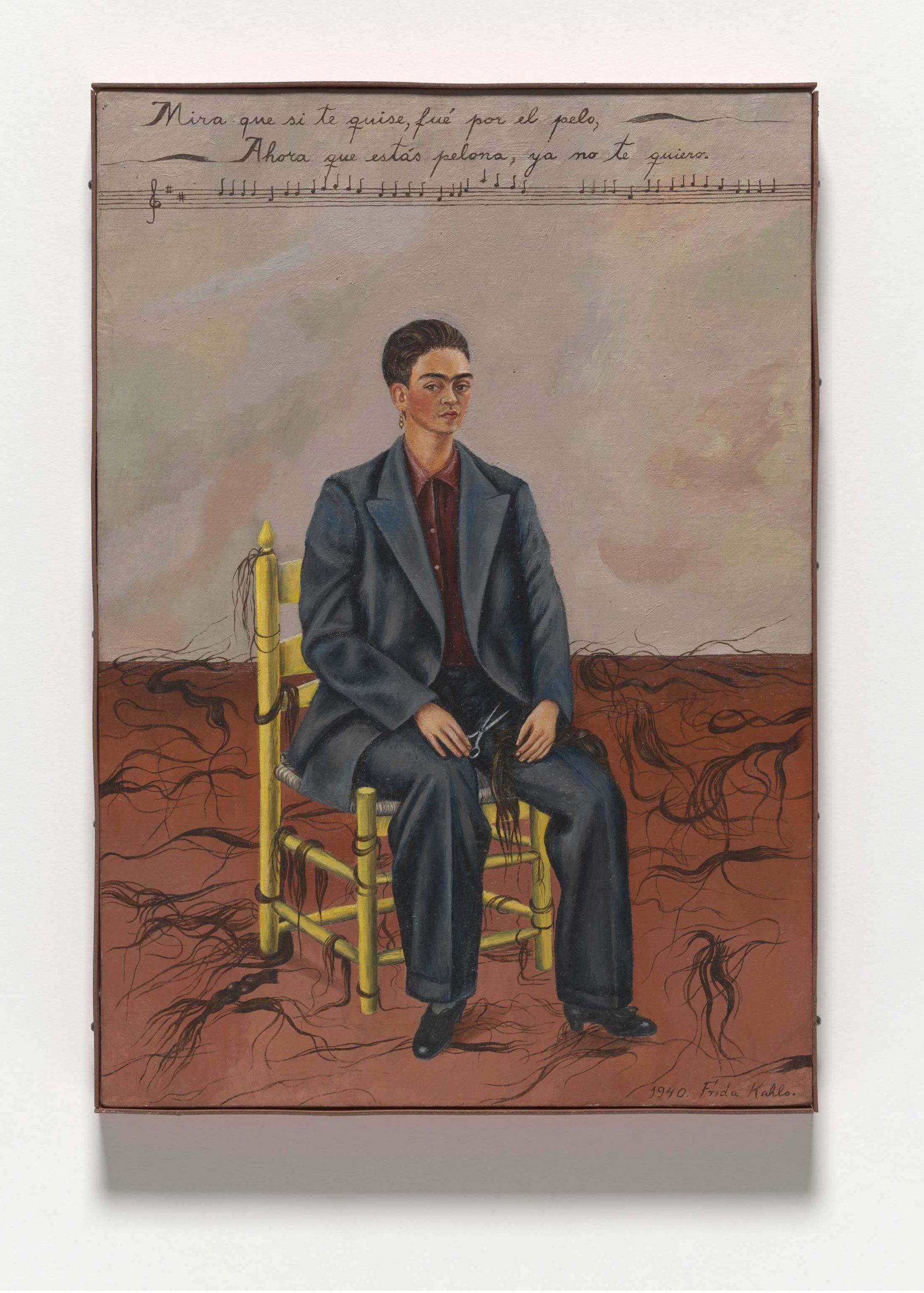 “When hair is cut from the head it moves from being seductive, enticing, and evocative of life and fertility to something that is sinister, repulsive, and associated with death,” says Emma Tarlo, anthropologist and author of Entanglement: The Secret Lives of Hair. “It can be regarded as anything from waste, relic, sacred gift, and memento to profitable commodity or raw fiber.”

Hair has a storied history that makes the decision to cut it all the more provocative. Dating back to Ancient Greece, long hair has been associated with health, virility, and femininity. A symbol of wealth and social status, only the rich had the leisure time to groom and care for it. Centuries before its debut on the screen, women’s hair was central to Western literature, paintings, and mythology. 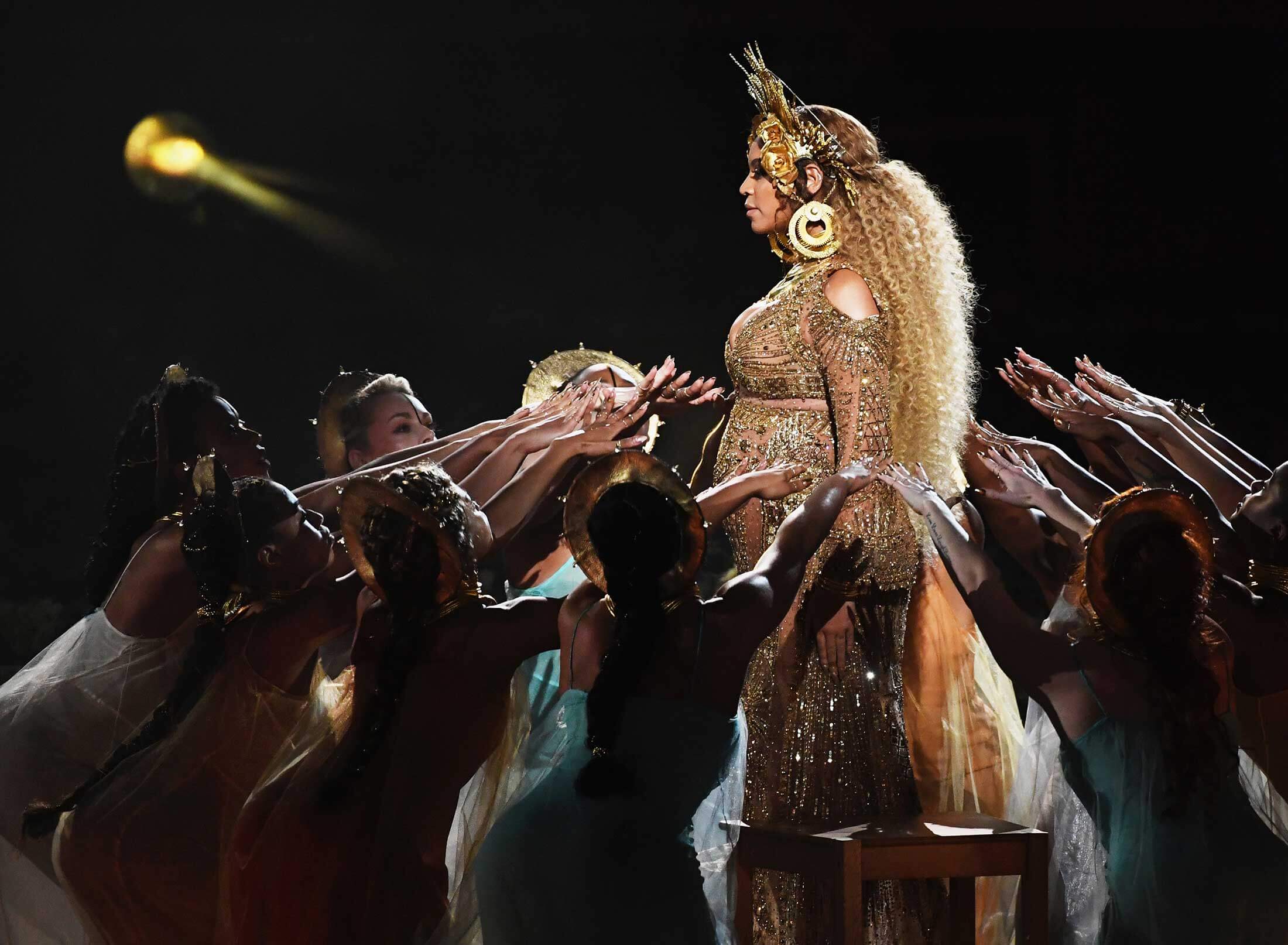 The self-imposed haircut remains effective only so long as we liken a woman’s worth to her beauty.

Just think of the iconic tendrils in “The Birth of Venus,” painted by Sandro Botticelli in the 1480s. Or the Greek myth of Medusa, whose hair was made of venomous snakes. In the early 17th century came Shakespeare’s Hamlet, which used Ophelia’s disheveled hair to tell the story of her faltering mental state. In his 1808 play Faust, Part One, Goethe describes Lilith, Adam’s first wife, whose big red mane was the subject of many a painting. “Beware of her,” he writes. “Her beauty’s one boast is her dangerous hair.”

“We tend to think of hair as highly personal because it’s attached to individuals,” says Tarlo. “But it’s always entangled in social relationships.”

These deeply held connotations are challenged any time a woman takes matters (or
scissors) into her own hands. That’s why the thought that she might not want to adhere to the norm is portrayed as radical onscreen.

“Hair is universal, and it’s intriguing because it throws up so many contradictions,” says Tarlo. “In films, hair often draws attention by offering an alternative narrative beyond the spoken word.”

In Gone Girl, Amy Dunne cuts her hair while on the run, hoping to disguise herself after framing her husband for her own murder. She ruthlessly shears off her long blonde tresses in the motel bathroom. In Frida, the prominent artist gives herself a short cut in between huge swigs of liquor. In The Accused, the character of Sarah Tobias cuts off all her hair after a violent gang rape.

While this visual provides ample shock value in film, it feeds into stereotypes of women being irrational, erratic, and crazy. The decision to chop off their hair is often done in the heat of the moment after the main characters grab the nearest sharp object to cut with. Their pain is oversimplified, perpetuating the notion that the female mind operates on illogical extremes. Post- haircut women have discarded their traditional appeal, and the only possible explanation is a downward spiral.

“Parents and lovers are often heavily invested in a woman’s hair,” says Tarlo. “This makes cut- ting the hair a powerful gesture of defiance and disconnection.”

Interestingly enough, there is no male equivalent to the dramatic haircut. Even in heated moments, men are typically depicted as logical and calculating, dealing with trauma in more productive ways. In the famed fencing scene in The Princess Bride, Inigo Montoya remains calm and collected in conflict. At no point in Memento does Leonard’s search to avenge his wife’s death involve cutting off his hair.

Despite the dramatic haircut’s persistence, the female narrative is in the midst of a renaissance. As the filmmaking process begins to include other perspectives, tired tropes like this will start to dissipate. Instead of painting women in broad strokes, a more nuanced reality can be reflected. At the end of the day, the self-imposed haircut remains effective only so long as we liken a woman’s worth to her beauty.