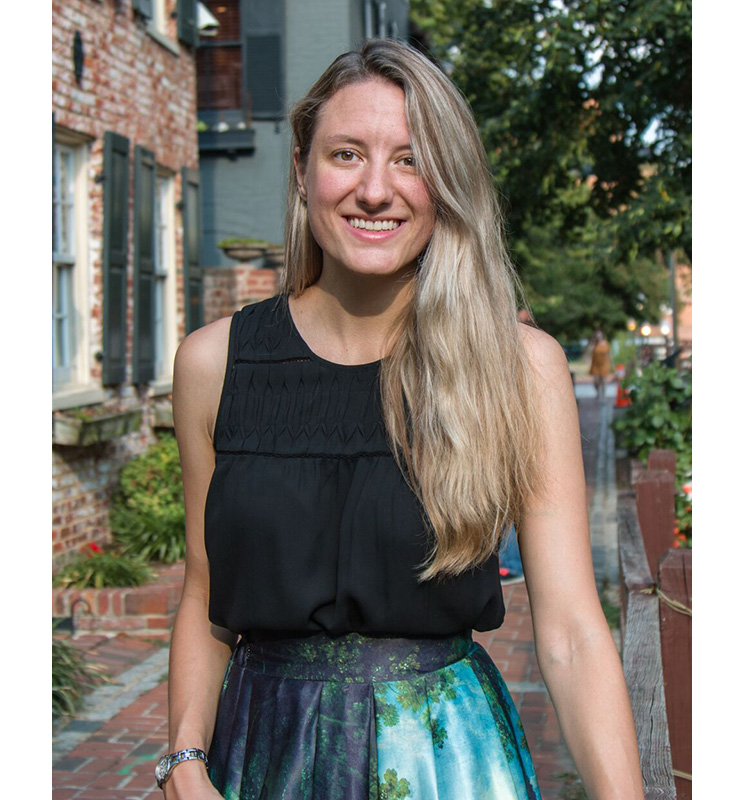 Laugh to Keep From Crying

Political satire has long been a way to speak truth to power. But when power refuses to acknowledge the existence of any shared truth, satire becomes a pressure-release valve for those of us watching helplessly. That’s what Alexandra Petri’s humor columns for the Washington Post became during the 2016 election, and the nightmare that has followed: with every new political scandal, she distilled a desperately-needed essence of disbelief, rage, and gallows humor.

Her new book of essays plays on the joke, now a hallmark of the Trump era, that “everything is fine”: the title hovers over a version of Goya’s Saturn Devouring His Son, red MAGA hat shading the titan’s wild eyes. Whether in this image or Trump’s galling coronavirus briefings, everything is so obviously, cosmically far from “fine” that the reassurance becomes its own kind of horror. The only way to respond is with a laugh that’s mostly a shudder. 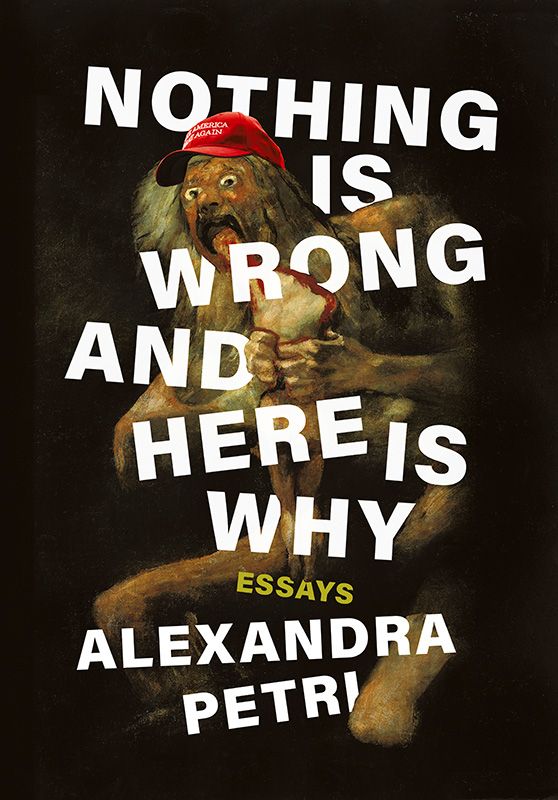 Petri’s gift is putting just enough breathing room between us and reality that we’re able to let that laugh out. In one section, Routine Nightmares and Soothing Fables, she unspools fairy tales to make sense of ungraspable horrors. We walk through Melania Trump’s Nightmare Forest, shelter under a young man’s Privilege Tree, gather on a heath at midnight with the Nasty Women, and visit a “cursed truck stop” where a trapped journalist gradually succumbs to the suffocating anti-reality of Trump diehards.

Even at its funniest, Petri’s satire feels like pressing on a bruise. Sometimes it has started to fade: older pieces about bygone monsters like Sean Spicer and Paul Ryan feel like dispatches from an ancient civilization, equally but quite differently screwed up. But when the bruise is fresh, the pressure makes you wince. Petri is at her most obviously furious and funny in her enraged responses to Brett Kavanaugh’s confirmation hearings, which turn on the imbalance of power between boys (who will be boys), and women (who ought to know better.). When the subject clearly hits close to home for Petri, and the injustice she’s railing against is deeper and older than the bumbling criminality of this White House, these topical columns become timeless.

At best, this rage feels galvanizing, even distantly hopeful. Surely, at some point, it has to start getting better, right? Until then, we have Petri to get us through.

Although beach reads are out and couch reads are in, this summer is still full of literary riches to fill the season’s hours. Here are six new women-authored ones to look out for.

Set in the fantasy-peddling world of a wellness startup, Leigh Stein’s savage satire Self Care follows the co-founders of the brilliantly-named Richual as they navigate PR disasters and ethical quandaries. The book is an astute read on female friendship, all the while skewering not just influencer culture but the ruthless capitalist underpinnings of corporate feminism.

All the classic gothic fiction tropes are here: a creepy mansion, an aristocratic family with buried secrets, and an intrepid heroine who must untangle a mystery before she becomes its victim. Moreno-Garcia’s latest novel sets these familiar pieces down in the remote Mexican countryside, enhancing them to atmospheric and terrifying effect.

Americans have remained suckers for the mystique of Paris for generations, but the modern city is more complicated, diverse, and interesting than romantic Left Bank lore allows. Journalist Lindsey Tramuta follows up her popular 2017 book The New Paris with a collection of profiles of female artists, entrepreneurs, and public figures shaking loose the too-cool “French girl” stereotype in favor of the infinitely-more-interesting New Parisienne.

This memoir takes its title from the Atlanta street where Trethewey’s mother was shot and killed by her stepfather in 1985, when the author was nineteen. Now a Pulitzer Prize-winning poet, Trethewey weaves a gorgeous elegy to the mother she lost together with a profound meditation on how the trauma shaped her own growth as a woman and an artist.

“Have you ever read Lolita?” was the impossibly on-the-nose line that began Alisson Wood’s toxic romance with her high school English teacher. Now, it opens her memoir, an attempt to reclaim that twisted story in her own words. So often lately this all-too-common abuse of power has been told through a lens of fiction or at a safejournalistic remove, making Wood’s version stand out for its freshness and fervor.

Leilani’s much-praised debut novel follows twentysomething Edie, an aspiring black artist drawn into an affair with an older white man in an open marriage to a white woman; gradually, Edie also becomes a mentor to the couple’s black adopted daughter. It’s an intense and inventive take on race, sex, love, and the struggle to stand up for your own talent.