Don’t listen to the fearmongers— the rewards of traveling alone are bigger than the risks.

“But aren’t you afraid?”

I hear this over and over when I travel alone. From cabbies in Vietnam who carve out lanes where none exist. From Romanian women my mother’s age whose worried voices wring my heart like a dishcloth. From groups of friends traveling in packs to explore a new country.

I am not—at least most of the time. When I read articles about horrific traumas inflicted on solo female travelers, I am furious that we still have to even think about our security and safety as we experience the world. That we have to camouflage our facial expressions to avoid looking lost, dress with caution, and splurge on cabs at night to avoid walking or sketchy transit.

But these precautions are not so different from the low-grade anxiety with which most women move through their own neighborhoods. Like many other seasoned female travelers, I get frustrated with headlines that seem to suggest danger is graver simply because it’s in an unfamiliar place. Staying put does not guarantee safety—and rarely brings the profound change traveling can.

Striking out solo in another place reintroduces me to the best version of myself. The small successes of each day—making change in foreign coins, stringing together phrases of a local language—culminate in the validation that I’ve got this, I can do this, I can do even more than this.

But I’m only ever as alone as I want to be, because travelers are a friendly group. I’ve danced until dawn with Frenchmen in a Kraków disco, meeting with one months later to motorcycle through the Pyrenees. Shared chipped bowls of cheap noodles in Hanoi with a German man and French woman. Spent a long, starlit night in Malaysia with a group of Australian students, talking the talk you have when your lives might cross paths just once. These experiences linger on to make my life feel richer, more fleshed out in its potential; they’re the stories that keep my days from blurring together.

On my own, I challenge myself to say yes to whatever I’m comfortable with—barring that which would land me in prison, the hospital, or the morgue—and I haven’t regretted it once. If my travels have taught me anything, it’s not to fear the “what ifs,” just to stay aware of them and respond accordingly.

The only thing standing between you and the world is that first movement beyond your comfort zone. And you don’t have to start full-on. Work your connections to ease yourself into a new place with local help. I did that for my first solo trip, to Europe, staying with a friend in Edinburgh before moving on to Paris, Naples, and Kraków. I’ll likely do it again in India later this year.

Sharing a few steps with others doesn’t take away from what you’re doing: allowing your perspective to shift, yourself to be changed, and the world to see the strength of a woman alone venturing far from home.

The only thing standing between you and the world is that first movement beyond your comfort zone.

YOUR NEXT ADVENTURE AWAITS 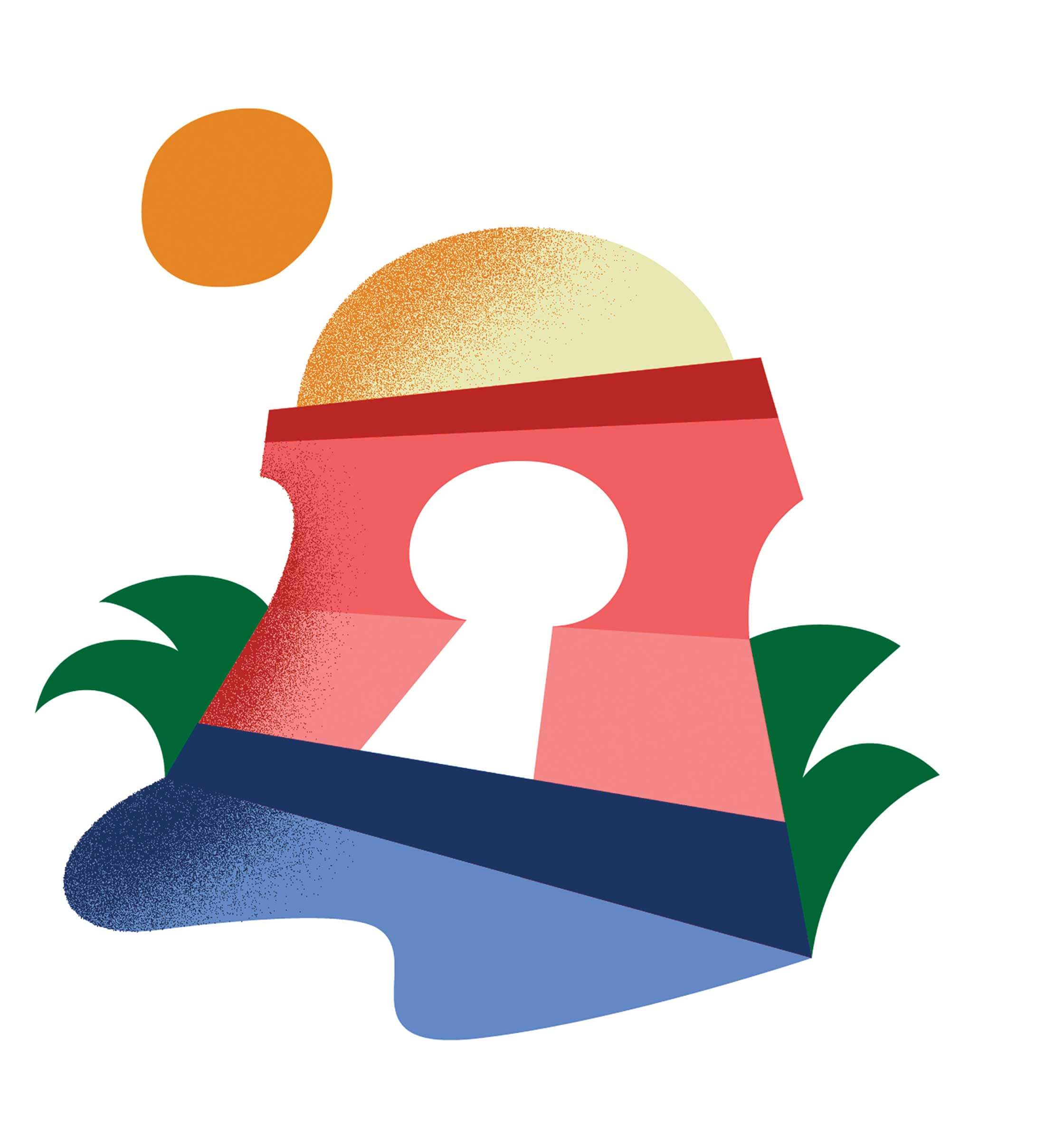 The only downside about coming here solo is not being able to share tapas, but Spanish locals tend to be engaging and friendly. When I sit alone at the bar, I’m never without conversation. Sevilla is one of those magical cities where doing nothing— besides having my fill of food and wine, that is—is as enjoyable as doing everything. 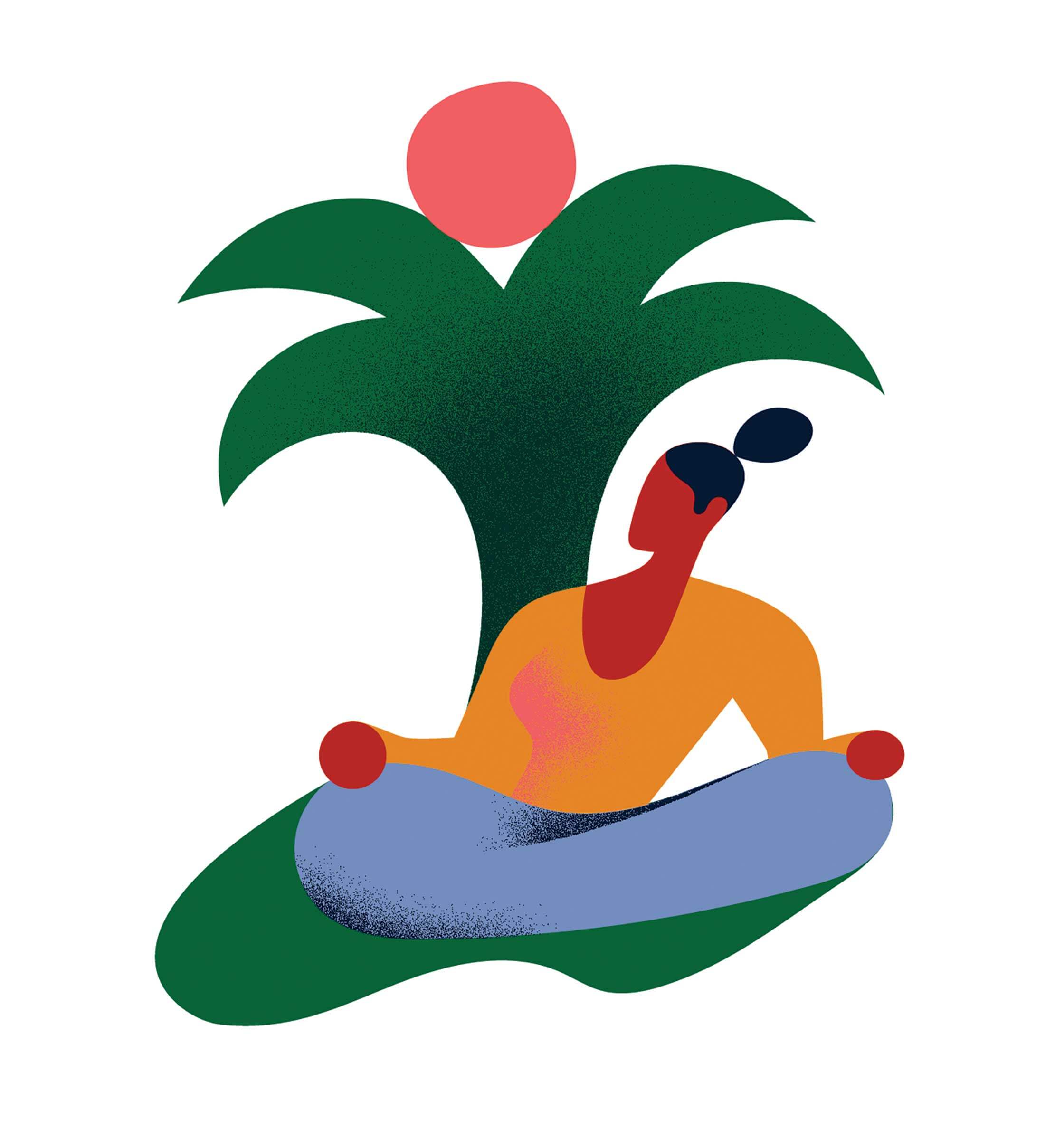 Spread across a small, remote bay on the lush jungle island of Koh Phangan, you’ll get the most out of this transformative haven if you’re alone. With yoga programs, a luxurious spa, healing therapies, and more than enough beach loungers to go around, this tranquil place leaves you a more serene person than when you arrived. And without fellow travellers to entertain, you’ll be able to fully focus on self- care and direct your attention inward. 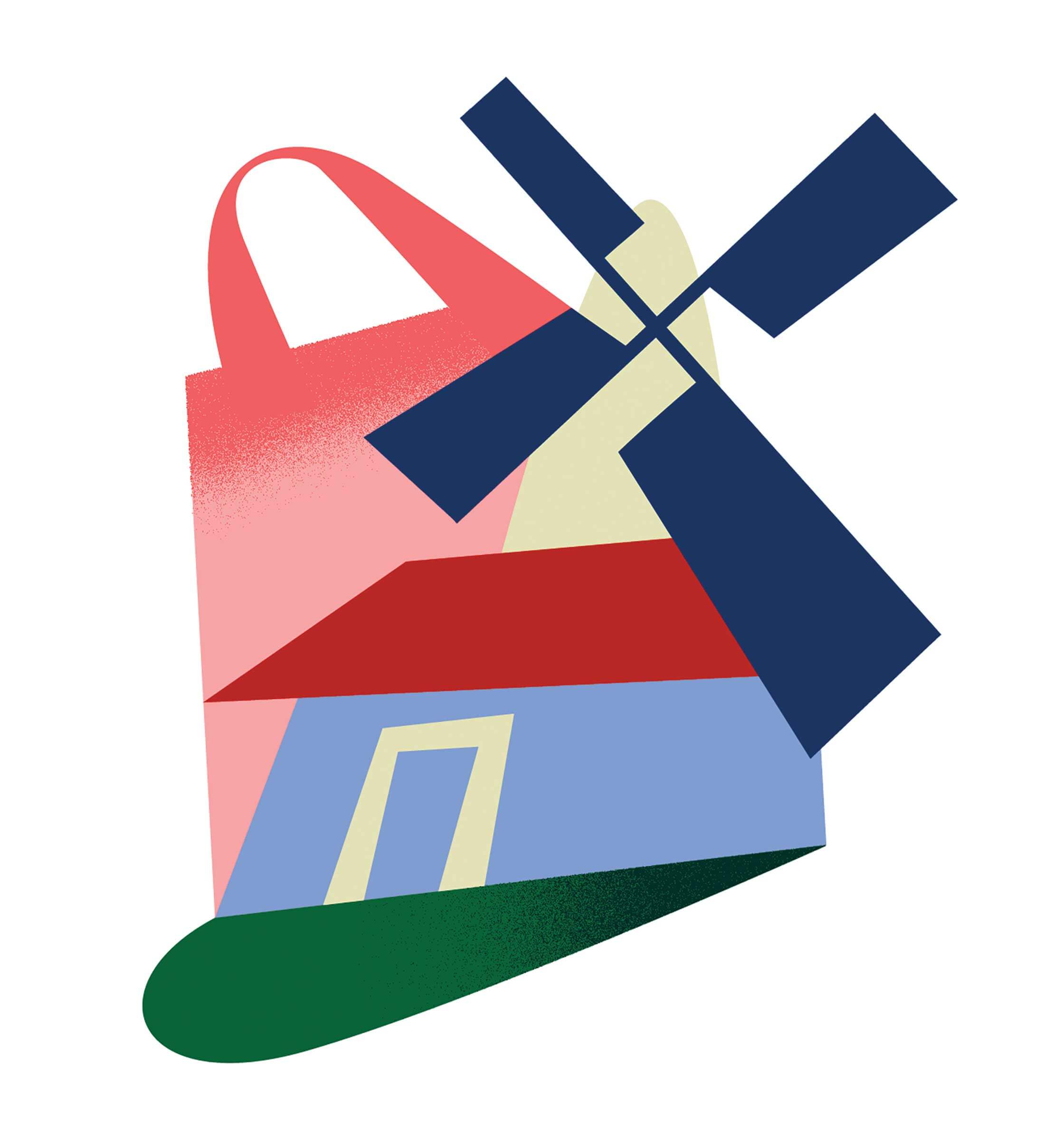 BEST FOR SHOPPING Haarlem, The Netherlands

DON’T MISS: A lunch break from the fitting rooms at Oude Groenmarkt 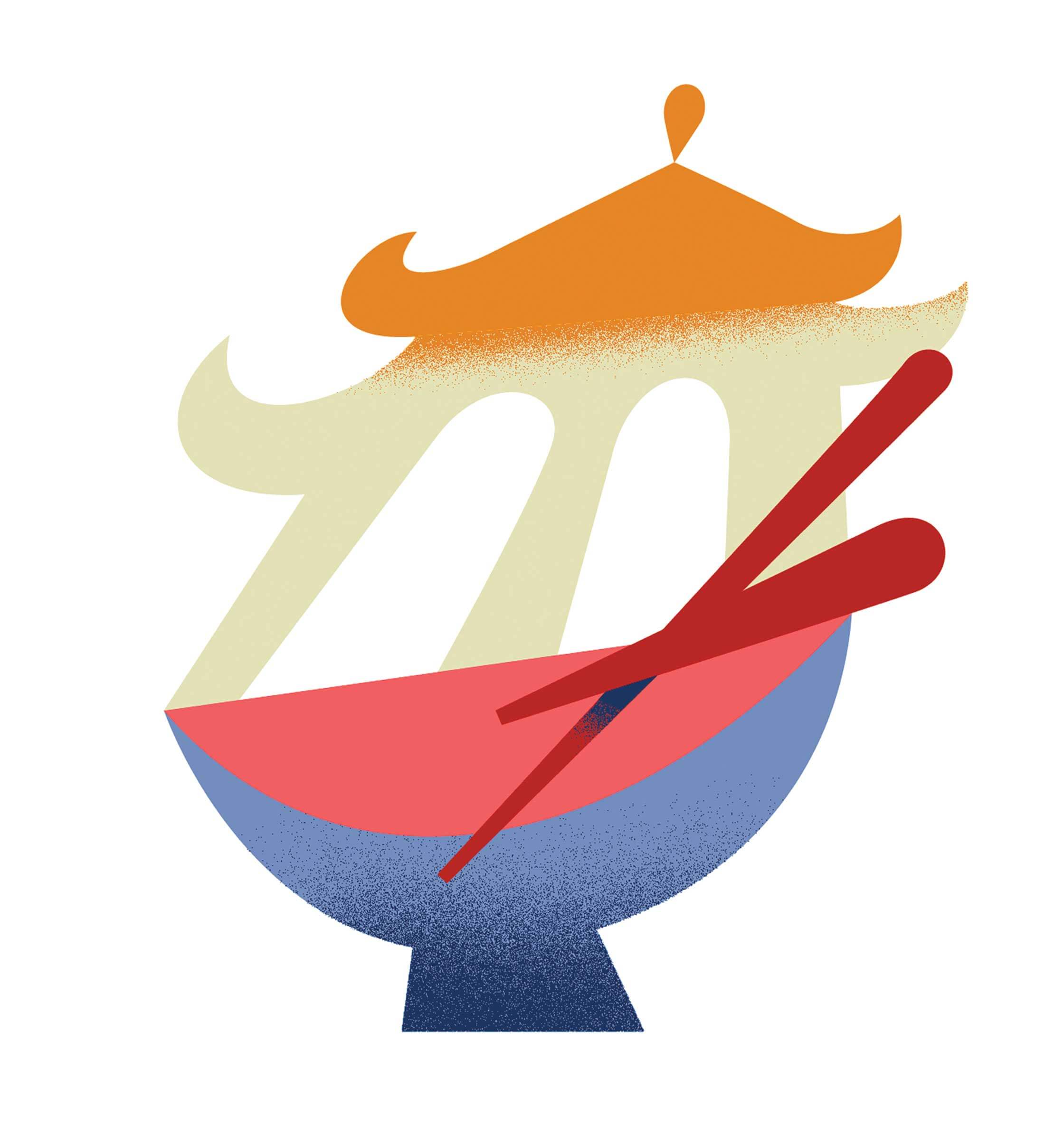 Skip Kuala Lumpur for the tiny island of Penang, where going it alone means letting your hunger guide you through George Town’s overwhelming culinary options. The distinct mix of cultures means a diversity of flavors around each corner, from crispy–chewy South Indian– influenced roti at Restoran Roti Canai to fiery caramelized Sichuan double- roasted pork belly for dinner at Tek Sen. 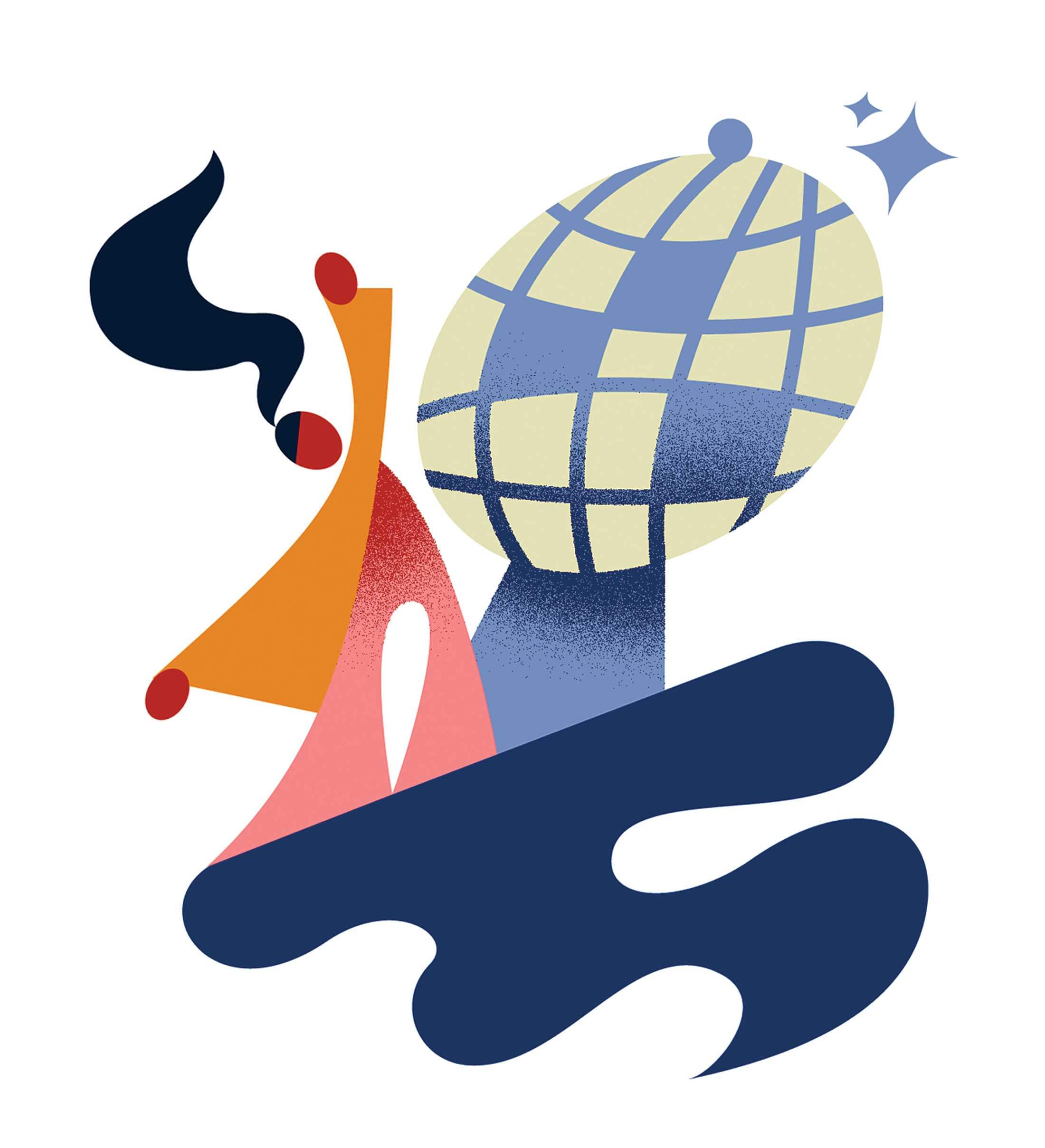 Locals here regularly head to dinner, an art opening, and even nightclubs solo, so no one will raise an eyebrow at you doing the same. The city comes alive at night, which makes it feel relatively safe to explore at any hour—and a great place to try your first solo trip.