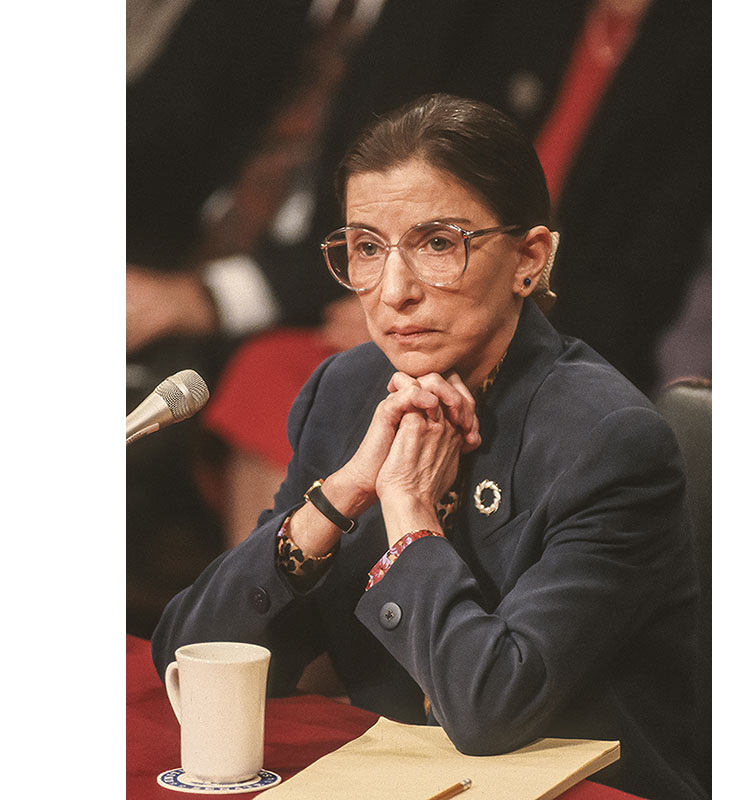 She helped pave this path for me and countless other women in law.

I was ten years old when, in 1993, Ruth Bader Ginsburg was appointed to the United States Supreme Court.

At the time, we had two things in common: we were both about the same height, and we were keen on gender equity.

There, similarities ended. Prior to her appointment, Justice Ginsburg was the legal architect for making sex a protected class under the 14th Amendment’s Equal Protection Clause, ultimately arguing six landmark cases before the United States Supreme Court.

My theater and aims were more modest. After each family dinner at my grandparents’ house, my grandmother would try to make me wash the dishes while letting my brother watch TV or play outside. I’d stand off, arms crossed, hiding my hands in my armpits so she couldn’t shove a dish towel into them. My point to her was simple: “I’ll wash the dishes if my brother washes them, too.”

Almost two decades later, having long outgrown Justice Ginsburg in height (but not stature), we had something new in common: I joined the legal profession. By the time I became a lawyer, RBG was already a legend within legal circles. And her work ethic was just as renowned, rumors spreading among law students and lawyers alike that some nights she would stay in her chambers working until 4 a.m.

I never independently verified those rumors, but I can say this: RBG’s is the story of an indefatigable advocate. Looking back, it seems inevitable that the Constitution’s Equal Protection Clause would include equality of the sexes. But that’s largely because RBG (and the Women’s Rights Project she led for the ACLU) made it so.

In taking up the cause of sex discrimination in the 1970s (back before “sex discrimnation” was even a term), Justice Ginsburg was pragmatic. She cut intractable societal issues into bite-size legal pieces that she patiently fed to an audience reluctant to see sex discrimination as harmful. She started by successfully challenging an Idaho law that explicitly preferred men to serve as estate executors over women because women supposedly lacked the knack for business (Reed v. Reed, 1971). She also targeted a Social Security provision that assumed wives were not the primary breadwinners (Weinberger v. Weisenfeld, 1975). She patiently built on each win.

Justice Ginsburg took the long view and knew who she worked so hard for. One federal judge, having attended the same event as Justice Ginsburg at the Kennedy Center in 2016, observed to me that the famously reserved public figure nodded politely to adults milling about at intermission, but lit up in warm welcome when introduced to an adolescent girl shyly extending a hand.

I see Justice Ginsburg’s hand in my own career.  When I graduated from law school, I received multiple job offers from New York law firms of the same ilk that had refused to extend to her any position when she started out five decades earlier. She helped pave this path for me and countless other women in law while having to survey, dig, and lay the asphalt for her own way.

Even now, she continues to trailblaze. Today, Justice Ginsburg lies in repose on the Supreme Court steps. On Friday, she will be the first woman to lie in state on Capitol Hill. Her loss reminds us to nevertheless persist.

This article was written by Lauren Kapsky, a technology lawyer based in San Francisco, CA.