The year was 1993. Thousands of poor farmers from across the world came together to offer a better way to feed the world. They called themselves La Via Campesina— the peasants’ way—and their idea was known as “food sovereignty.”

Food sovereignty means giving communities power over the food they eat and grow. It means rebuilding food systems around local climates and indigenous histories. The farmers who created it wanted to put workers and communities first, instead of the large companies that had come to dominate the global food supply.

A quarter of a century later, as industrial agriculture accelerates climate change, these ideas seem like distant dreams. In the hills of India, city dwellers follow food trends but ignore the bounty of their own countryside. In the mountains of the Pacific Northwest, native children grow up disconnected from their agricultural heritage. In southern Mexico, ancient grains have been replaced by unhealthy imports. In upstate New York, small farmers struggle to compete with big feedlots.

But in these challenging environments, women are working to restore food sovereignty to their communities. Each one of them does it differently, because every place, every history, is different. It is slow and difficult work. But these women are creating change.

Native American food sovereignty can look like a lot of different things. Francene Ambrose would point to a tomato plant in a plastic bucket on the front porch of a housing development.

“There’s this stereotype of tribal people that they don’t farm,” she says. “But if you could see it from our perspective, we’ve always been farmers.”

Ambrose is program coordinator of the Iskam MəkhMək-Haws food pantry, serving Oregon’s Grand Ronde Community, of which she is a tribal member. For thousands of years her ancestors farmed plants like camas, a lilac-blue flower whose bulbs taste like sweet potatoes when cooked or, when dried, can be pounded into flour. “We went out, we thinned those fields, so the bulbs would be bigger,” Ambrose explains.

Until, that is, the U.S. government seized the land in the 1850s and pushed its population onto the reservation that would become the Grande Ronde Community. Over the next century, the government further shrank the land.

Part of Ambrose’s work, therefore, is providing people the opportunity to grow their own produce, like the tomato plants she hands out each summer, and maintaining connections to fast disappearing tribal foods.

She is also collaborating with the Grand Ronde Cultural Resources Department on a first-of-its-kind Tribal Food Sovereignty Assessment, which will generate data about how native people cared for the plants of the Coast Range region, and the health needs of their descendants today.

“We’re hungry,” she says, “but we really don’t know how to communicate or assess that need. So we’re learning how to craft our story and use our data to empower ourselves.” 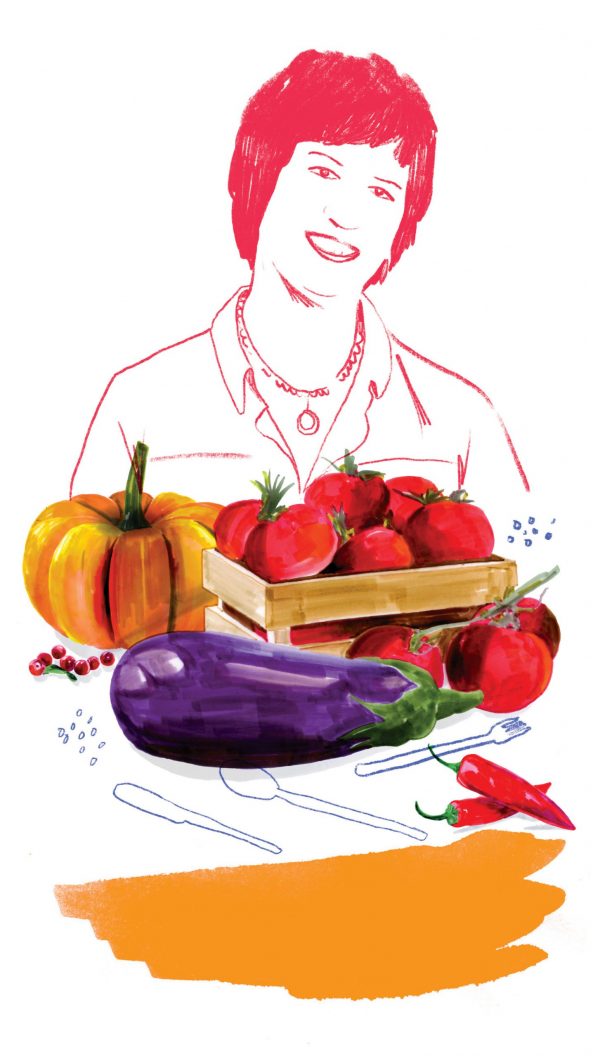 A lot of people might prefer eating sausage to nerding out over how it’s made. Not Nicole E. Day Gray, a food safety expert working with artisanal producers in upstate New York.

While Delaware County, New York, was once a patchwork of thriving small farms, the drive toward large-scale corporate farming impoverished the area. Day Gray works with the independent farms who remained, and the next generation of farmers that have come to the area, helping them figure out how to grow and sell food on a small scale without going belly up.

“My entire mission is about truly rebuilding and making our communities stronger,” Day Gray says. “It’s economic strength— it’s bringing that power back.”

Before helping other entrepreneurs, Day Gray was one herself, running a small business that sold hummus and whole grain salads. When a listeria outbreak hit the hummus market, Day Gray learned there wasn’t much support for small business owners like herself, who needed to navigate the complex food safety world but couldn’t spend the sums that speed large corporations through bureaucracy.

While compliance and food safety may not seem particularly glamorous, they unlock access to markets beyond Delaware County’s backyards, a transitional step toward sovereignty in a highly regulated place. Day Gray now spends her days behind the counter at her latest venture, FoodWorks+, which houses everything a small producer might need: a shared commercial kitchen, a butcher shop, an event space, and a farmer’s market.

“It’s passion for food and community,” Day Gray says. “My motto is, ‘We’re never too busy.’” 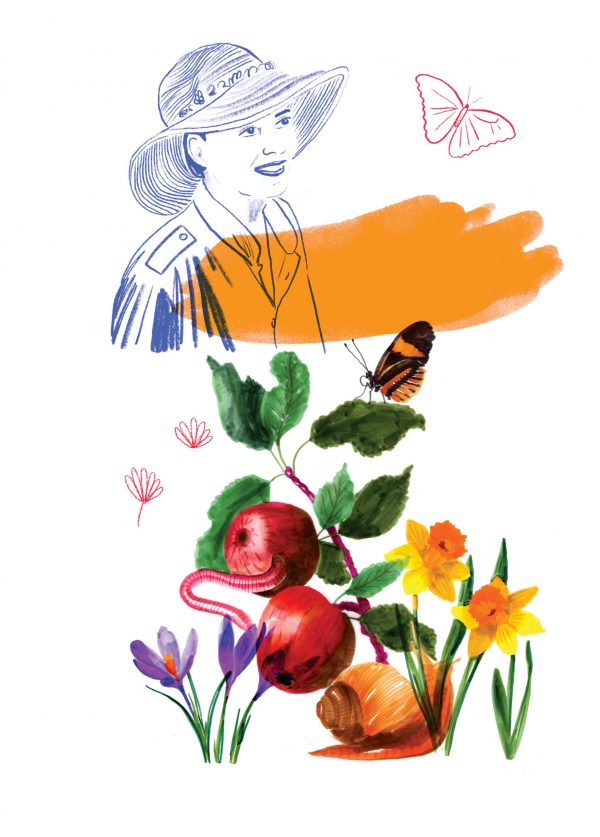 As a freelance writer, Simrit Malhi chronicles her country’s food supply chain to hundreds of thousands of readers of The Hindu, Scroll and other Indian publications. But Malhi isn’t just talking the talk. A farmer herself, she’s living the sustainable life she encourages others to pursue.

“I find it absurd that there is a ‘foodie’ boom in the city,” she says, “while farmers a couple of miles away are committing suicide because no one is buying their produce.”

Farmer suicide is an epidemic in India, and it’s tied directly to climate change. Conventional farming relies on growers going into debt to purchase expensive, genetically modified crops, so if the weather fails, farmers are left penniless and buyers leave them behind. Malhi’s state of Tamil Nadu is just one of many where historic drought levels have caused widespread despair.

Malhi sees another way forward. Her work is rooted in permaculture, which emulates nature rather than trying to eliminate or exclude “pests.” The system helps growers adapt to climate change, safeguarding soil and water that conventional farming might degrade.

Malhi started India’s first permaculture design consultancy in Mumbai in 2011. After moving to the countryside, she began hosting permaculture classes on her farm and opened a small farmers’ co-op to supply produce to restaurants and organic markets, “filtering down ‘food trends’ from the celebrity chefs to the people that can actually grow them,” she says.

While the classes are small, they always sell out, slowly spreading a message that can help heal the broken food supply chains she sees around her.

“I hope to [give] the farmers the feeling of pride and responsibility that is rightfully theirs,” she says, “for feeding our country.”

One grain can make all the difference. Just ask Laura Enif about amaranth. Enif is director of the Healthy Families program at Puente a la Salud Comunitaria, or Bridge to Community Health, a non-profit fighting malnutrition and obesity in Enif’s native Mexico. Puente has offered nutrition education and cooking workshops in more than 80 communities across Oaxaca, helping thousands of families to incorporate amaranth and other healthy foods into their diets.

Harvested from the beet-red flowers of six-foot plants, amaranth was a beloved staple of the ancient Aztecs, who used the grain as both food and a raw material for building statues of their gods. When the Spanish invaded in the 16th century, they outlawed the practice, and amaranth along with it, as part of their destruction of the Aztec civilization. But, as Enif explains, the hardy, nutritious crop persisted in small pockets, unbeknownst to the colonists.

“Amaranth is a food that resisted extermination,” Enif says. “So one of our goals is that people recover the historic food memory of their communities.”

Unlike non-native wheat, corn, or soy, amaranth benefits both people and the land. It’s high in protein, calcium, iron, and fiber, and it’s gluten-free. It’s also drought resistant, with a shelf life of up to 15 years.

Because amaranth fetches a high price at export, Enif helps organize micro-enterprises and small networks to collectively sell local farmers’ goods. In the future, she hopes, locals will become self-sufficient, and her organization won’t be involved.

“Not because we don’t like to,” she says, “but because they can do it by themselves.”