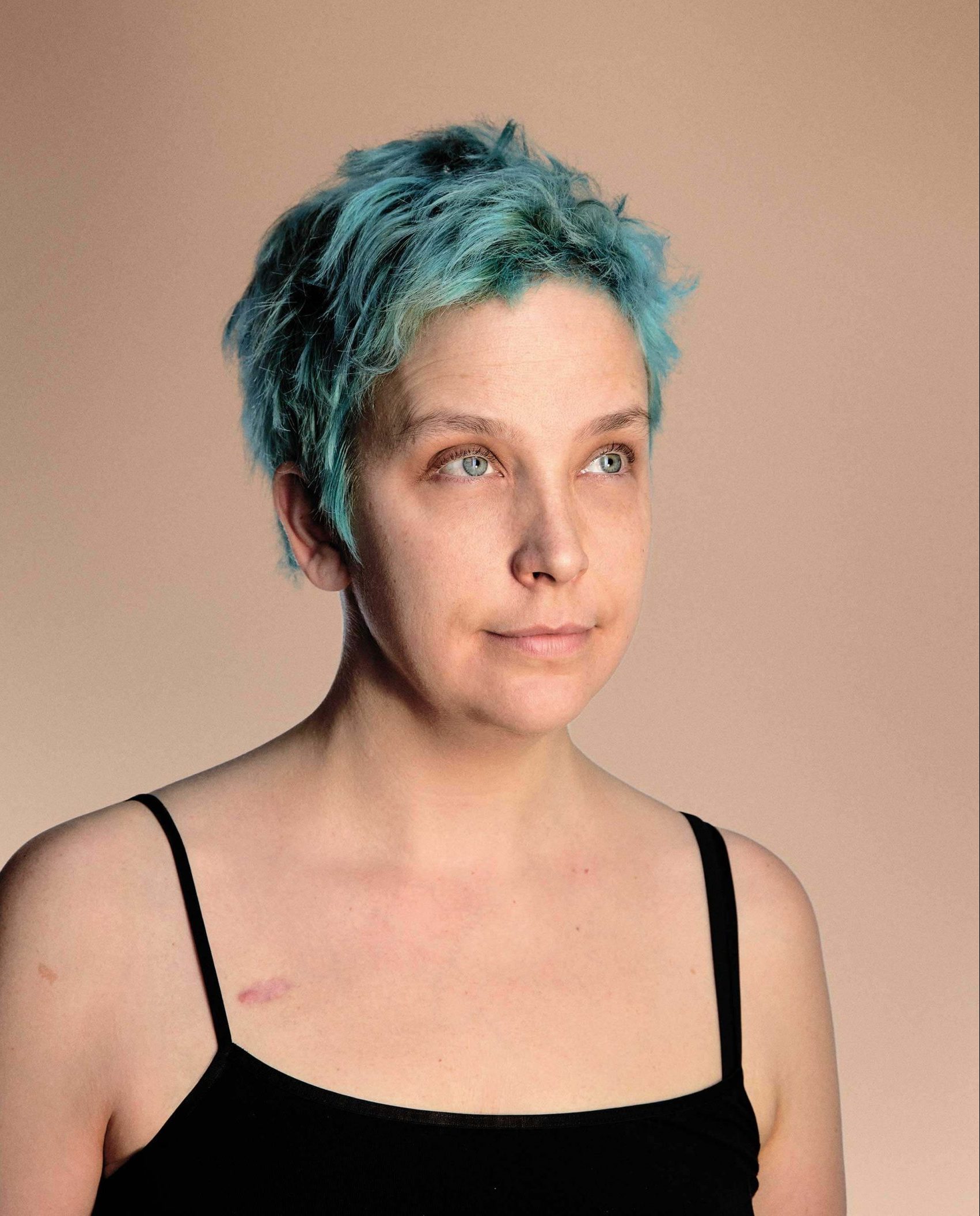 We’re sitting in a central London cafe and, over breakfast, our conversation moves from climate to cancer and back to climate. For King’s College London climate scientist Dr. Tamsin Edwards, the subjects have become so entwined, they’re impossible to untangle.

Over the last year, Dr. Edwards published two papers for the journal Nature looking at ice sheet collapse in Antarctica. As she worked to get her research published, she simultaneously underwent chemotherapy treatments. Her papers, much like her life, look at two possible outcomes: one suggests Antarctica is losing ice more quickly than scientists initially thought, and the other points to evidence that the continent is less likely to collapse.

“So, what’s the good news, and what’s the bad news?” I ask her as our coffee arrives.

Dr. Edwards radiates a quiet determination, her brilliant blue hair illuminated under the fluorescent lights of the cafe. She takes a moment to answer, then begins to unravel the parallels between her life and her career— her own story of good news and bad news.

What did your most recent research find?

We learned that the meltwater from Antarctica could actually lead to the Antarctic losing more ice, which is worse than we thought, and it would make the climate in the future more variable around the world. That was not such a good news story.

Was the other paper more hopeful?

The other paper—the paper I led—had more positive outcomes. Research from a few years ago found that sea level rise in Antarctica would be very bad. Everyone thought Antarctica could collapse suddenly into the ocean. I looked again at the data and compared the computer model with observations to test it more thoroughly. And we found that the possibility of collapse is still there, but it’s a lot lower than we initially thought.

It seems easy to get into the habit of thinking of everything as good news or bad news, black or white. We’re all screwed, or there’s nothing to worry about.

Yes. The world is becoming more polarized. It’s this polar thinking, all or nothing. In climate science, you see this when people say, “Climate change must be either completely human or completely natural.” The truth is usually in between the two, but people don’t like to talk about nuance.

Does this nuance play out in your own work?

When I made these predictions for Antarctica, we said, there are two sorts of opposite outcomes: A collapsing ice sheet could lead to very rapid sea level rise, or it won’t. Instead, you’ll get some sea level rise, but slower. We presented both of those possibilities, and we’re not going to say which we think is the most likely, because we don’t know. We don’t have the evidence yet.

Are there some aspects of climate change that we do know with certainty?

Carbon dioxide warms the atmosphere. Adding more is going to make it warmer. A warmer planet means rising sea levels as ice melts. These things are all certain. What’s not certain is how quickly this is all going to happen. Rain is really hard to predict. We think the wettest places in the world are going to get wetter, and the dry are going to get drier, as simple as that. But our models only have a certain amount of detail that they can resolve. We are really quite unsure about how much rainfall is going to change in sub-Saharan Africa, for example.

You’ve talked about not being able to unravel your Antarctica papers from your own year of bad news and good news. When did these two stories first come together?

I had submitted my paper to Nature for the first time in the autumn of 2018, and had started to get stomach cramps and constipation. It got worse and worse while my paper was with the editors. I was diagnosed with colon cancer in mid-December and had an emergency colectomy. While I was recovering from surgery, my paper came back from Nature with comments from the reviewers.

Did you continue to work on your papers?

Yes. The day I started chemotherapy, I submitted my paper with corrections. The whole year, this pattern repeated, back and forth. It was so hard. Chemotherapy made my brain foggier and foggier. It’s not like normal tiredness. Your brain shuts down, and you can’t take in any information, you can’t speak. I was sleeping, sometimes 18 hours a day, but I desperately wanted to get this paper through. It felt more and more like this nightmarish marathon where every couple of months, I would have to make another revision, and recalculate the numbers, add bits.

Both papers were finally published in February, after several years of research and writing. How long did the parallels between your illness and your research run side by side?

Absolutely end to end. The illness and the paper have been following the same tracks. At times, I was in the hospital, sitting with chemotherapy going into my veins and with my laptop out as I made corrections to this paper.

How are you reconciling with the disease now?

In physics, there’s this famous idea of Schrödinger’s cat. A cat is in a box, and you don’t know if it’s dead or alive until you open the box. So until you open the box, the cat is kind of both dead and alive, for all intents and purposes. Every six months I have a scan, and I look into that box. Do I have cancer or do I not have cancer? Did it come back or did it not? In between those scans, you have to live your life with two completely opposite futures in mind, to some extent, because you don’t know which is going to be true.

It’s kind of like your work. Exactly. The cancer comes back or it doesn’t. Like my projections. The ice sheet collapses or it doesn’t. And until you know, you have to keep them both in your mind.